How Christmas Is Celebrated Around The World

Home \ Translation Agency \ How Christmas Is Celebrated Around The World 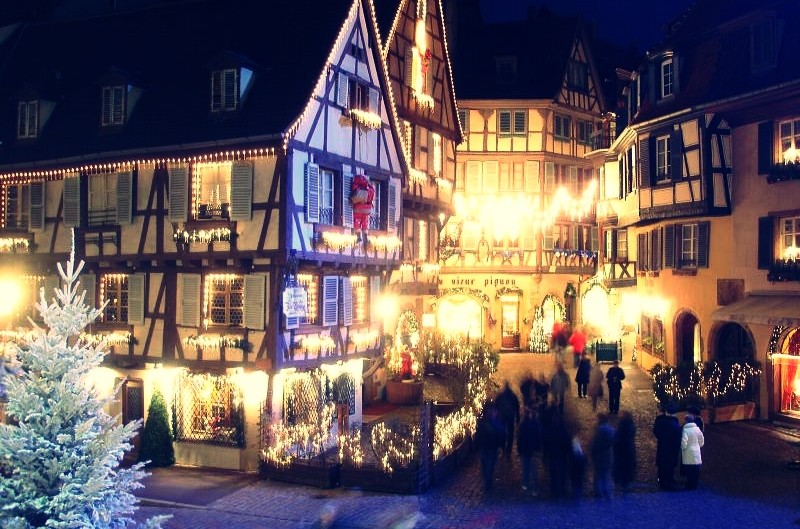 How Christmas Is Celebrated Around The World

A little bit of knowledge goes a long way when it comes to observing the traditions of your overseas clients.  Mark Zuckerberg demonstrated that the way forward is to be able to talk to customers in their own language when he spoke in semi fluent Chinese to students in Beijing.  Bill Gates on the other hand regrets that he could only speak English. (Entrepreneur) The Entrepreneur website names six languages that every, ‘Globally Minded CEO should be aware of’, these are; Spanish, Portuguese, Chinese, Russian, Arabic and German. Here is how Christmas is celebrated in three of them.

Christmas is a very big celebration in Spain and all of the celebrations are centred around Midnight Mass on Christmas Eve.  In fact Christmas dinner is eaten on Christmas Eve, before Mass, the meal that they eat is called ‘Pavo Trufado de Navidad’ which means, ‘turkey stuffed with truffles’, (mushrooms not chocolate ones).  On Christmas Day they eat fish based meals and only open a few presents because their main present giving day is on the 6th of January, Epiphany or, ‘The Festival of Kings’.  On the 28th of December they remember the lives of the innocent children slain by King Herod by celebrating, ‘Día de los santos inocentes’ which means, ‘Day of the innocence’, this is like April Fools day and they play tricks on each other.  Christmas traditions vary a little depending in which part of Spain you are celebrating in. (Whychristmas.com)

In Russia Christmas celebrations tend to take place on the 7th of January because the Russian Orthodox church uses the old, ‘Julian’, calendar for religious festivals.   Russian people place more significance on New Year because Christmas was not widely celebrated during the time of the Soviet union.  Food on Christmas Eve consists of porridge, ‘Sochivo’, served with; honey, poppy seeds and dried fruit.  Father Frost delivers presents on New Year’s Eve with his granddaughter.  The most famous Christmas story relating to Russia is the one called Babushka about an old lady looking for Jesus.  Apparently the story was written by American poet and writer Edith Matilda Thomas in 1907 and is not Russian in origin as generally thought.  (Whychristmas.com)

Unsurprisingly Christmas is not widely celebrated in China because only 1% of the population are Christians.  It is traditional to give apples on Christmas Eve because the Chinese word for Christmas Eve is, ‘Ping An Ye’ which means, silent night, sounds very similar to the Chinese word for apples, ‘Ping Guo’.  Large department stores in big cities acknowledge Christmas with grottos and Christmas trees while rural areas are just starting to catch on.  A small number of people have a small plastic Christmas tree which is generally called the, ‘tree of light’.  In Hong Kong Christmas is widely celebrated and everything to do with Christmas is incorporated into a large festival called, ‘Winterfest’. (Whychristmas.com)

As you can see these three different countries have very different ways of celebrating Christmas and understanding different traditions means that you can really develop a good working relationship with your overseas clients.

At Global Village Translations we have professional translators who have a secure knowledge of the Spanish, Chinese, Russian and Arabic languages and traditions. If you would like to find out more about our translation services contact us here.

Want to express your opinion?
Leave a reply!

For more information about our Translation, Interpreting and DTP services, please contact us by telephone or email now. We offer all potential clients a completely free, no-obligation quote.